Biker Jim Gourmet Dogs has been named one of America’s top-13 hot dogs of the summer! Click here to read more

Our response to COVID-19

As all of us are working hard to help reopen America safely for our families, colleagues, and the local communities we serve—we are here to help. Our facilities have been producing sanitizer gel and other products for our first responders and essential workers. We are making critical changes to produce the needed quantities for our communities with more gel and a new sanitizer spray launching soon. Our products are rated hospital grade to erase the doubt, stress, and fear of performing everyday habits in the new normal. Feel confident that your health is in good hands to move forward.

Making a positive impact in our communities is embedded in our mission. In the midst of this unprecedented global crisis, we will continue to identify additional opportunities to support those impacted in the industries and communities we serve.

Jim ‘Biker Jim’ Pittenger is not your ordinary culinary chef. He is however, the undisputed Gourmet Dog King of Denver. With an appetite for grilling exotic game meat, a low-key approachable personality and a knack for catchy slogans like “Off The Street and Into Your Mouth”, Pittenger has redefined an American icon in his own image in more ways than one.

On any given day, whether at one of his tricked out food carts, concession stand at Rockies Stadium, or 2148 Larimer Street, Pittenger has generated local, regional, national, and international acclaim for his grilled gourmet dogs, cream cheese, sizzling caramelized onions, and super-casual atmosphere.

Pittenger has appeared twice on the late Anthony Bourdain show “No Reservations”, numerous cooking shows for The Food Channel and Netflix, and his gourmet dogs have been recognized in countless Top-10 lists around the country.

OUR DOGS ARE FAMOUS APPARENTLY 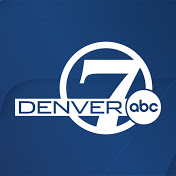 I Never Sausage A thing I Trippy Food 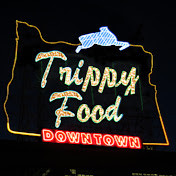 The Most Unique Restaurant In Denver

Currently, Clean Supply is not able to ship outside the United States through the website. Please leave your e-mail and our sales department will contact you to discuss options. Like you, we want to keep everyone clean and smart.